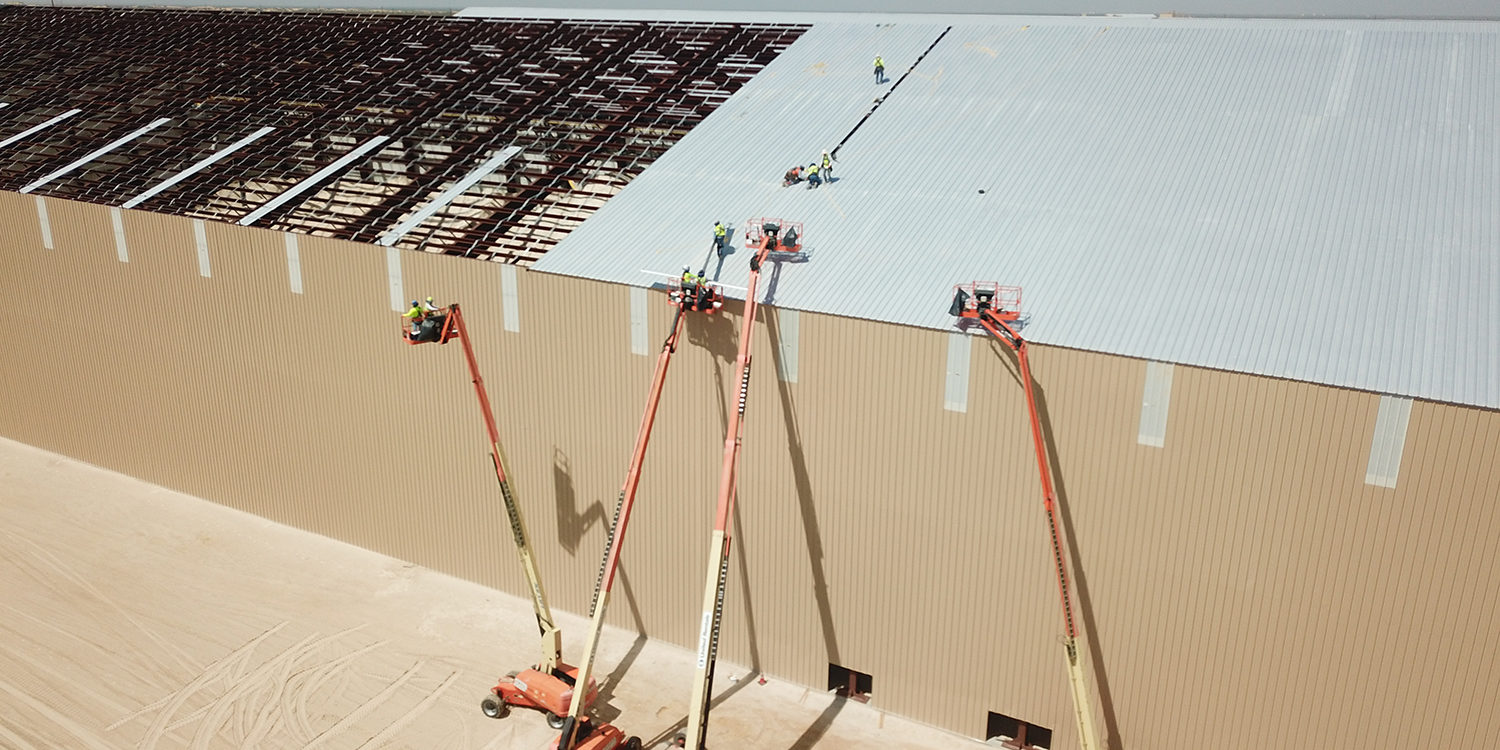 JUL 2017 — It’s the biggest sand mining project in the Permian Basin announced by any one company so far, even exceeding those of public frac sand companies.

Before the Permian Basin sand rush began in earnest, newly formed Black Mountain Sand quietly began assembling land in Winkler County. It was around the beginning of the year.

Now the private equity backed company claims some 26,000 acres on the Vest Ranch about 10 miles outside of Kermit. There, off of State Highway 302, Black Mountain expects to open two frac sand mines a few miles apart with a total capacity of 8 million tons per year.

“We figured that this was such a game changer for the basin that the big guys would follow,” said Hayden Gillespie, Black Mountain Sand’s vice president of corporate development. “And every single one of them did.”

It’s difficult to know who was truly the first to begin prospecting for frac sand in the Permian Basin. Companies were guarded like landmen scooping up minerals on the back of an oil find.

That changed in February once Hi Crush, a major frac sand company with mines in Wisconsin, announced its acquisition of the former Dunes at Kermit for $275 million and build a new sand plant for about $50 million.

A series of announcements followed.

In addition to the Black Mountain Sand mines, there are a dozen other mines that companies say they will build along the vast deposits of sand stretching north of Kermit and south toward Crane.

Two of those mines were announced in the last week, with reports from ranchers in the area and industry analysts that a few others are likely to follow in the weeks ahead.

Just a few years ago, the fine grade Permian Basin sands known as 40/70 and 100 mesh were considered near-worthless.

But during the bust oil companies found the more of this sand they pumped into an oil well, the more oil it produced. Demand soared, prices increased, and the plans to build sand mining followed.

The mines bring the prospect of an economic boom and infrastructure strain for small towns like Monahans and Kermit. Some of the labor pool will likely come from the Odessa and Midland area — where companies like Hi Crush has been advertising for jobs at its mine near Kermit.

Beyond the immediate impacts, ripple effects include increased demand for companies that sell and maintain oilfield equipment that faces increased wear with increased sand use. There are dozens of such companies in Odessa.

Many of the executives of Black Mountain Sand including CEO Rhett Bennett come from a sister company, Black Mountain Oil and Gas, with Permian Basin acreage that was acquired by Marathon Oil for $700 million this spring.

Gillespie joined Black Mountain Sand when it formed in December from the oilfield services giant Halliburton, where he served as the senior manager for North America Sand.

As oilmen, the Black Mountain team had been among the companies trying to cut costs during a two-year bust.

“When they did some of their completions work they were paying some ungodly prices for sand,” Gillespie said.

Across the industry, he said sand was not getting the same level of infrastructure investment as other segments of the oilfield. That prompted the prospecting in the Permian Basin, where relatively inexpensive ranch land was filled with it.

“We knew we wanted to build a sand mine, and we decided, Hey, if we are going to do this, let’s do this in the Permian Basin,” Gillespie said.

Oil service companies’ cost for sand rises every time someone handles it between the mine and the oil well. The Permian Basin companies offer an alternative to shipping the sand by train from mines in Wisconsin or Minnesota, or by truck from central Texas. The miners benefit from a cost advantage.

Suddenly, sand that can cost an average of about $100 per ton including transportation to the Permian Basin could be picked up from a regional mine for less than $50 per ton, according to estimates from the analytics firm IHS Markit.

Public companies have touted expected costs of mining the sand in a range of $10 to $20 per ton.

Gillespie of Black Mountain declined to say what sort of rates the privately-held company would target for selling sand from its Permian mines.

“So long as you are less than the next best thing, then you are in the price range,” Gillespie said.

But first they have to get the the mines open.

Black Mountain Sand is live streaming the mine construction on the company website. In the end, there will be two separate plants, each about 200 acres.

The first Vest Ranch mine is expected to come online at the end of the year — “on the heels of Hi Crush” — followed by the second around February.

About 55 percent of the sand they will mine is 100 mesh — the finer sand of the two grades that will make up the bulk of all sand mining in the region based on announced plans. This sand is found on the surface and forms the dunes. Black Mountain says the other 45 percent of the sand they will produce is the 40/70 mesh found deeper under the surface.

That mix will allow some flexibility as competition among sand miners intensifies. Some of the other Permian Basin mines will almost exclusively target 100 mesh.

Gillespie declined to say what the company paid for the land — and announcements among miners varied — but he said “we paid frac sand prices for it.”

“We played our cards face up: There’s great sand here, we like it. It’s going to make a bunch of money. What do you want for it?” Gillespie said. “That’s why we are still such good friends with the rancher.”

Once both Black Mountain Sand mines open, each capable of producing 4 million tons of sand per year, they will equate to some 320,000 truckloads worth of sand.

State Highway 302 is wider than some of the rural corridors where sand mines are being built, but the intense truckload still creates a challenge for Black Mountain Sand.

They are building deceleration lanes at the mine entrances. Another way they are trying to manage traffic is by designing the area where trucks will pickup the sand so they can do it quickly and prevent congestion, Gillespie said. The company is touting an ability to load trucks in only a few minutes.